Well, since my 2016 post (here) I’d say my goals were semi-successful. Aside from the world being sparse in celebrities with any kind of talent since 2016 created some kind of weird death list, this year has been quite successful for me (I understand I’m not a celebrity so have an unfair advantage of still being alive).

Writing this on the last day of the year, it’s easy to forget some of the things I’ve managed to do over the last 12 months that, at the beginning, I’d never have believed I could achieve. This includes many things – professionally I’m in a better place having expanded my own personal business, progressed into a more stable position at my full time job and have continued to develop my online presence reaching so many people from allover the world via twitter and have reached almost 2200 followers which I’m really proud of.

Anxiety-wise I’d like to consider 2016 a success. I still live with daily anxiety, avoiding a tonne of situations that in my head I think “there’s no way I can do that”, but what I have gained is a life back. I’m able to do every day things now, which at one point seemed so far away from anything I was capable of. This year has seen me go abroad, conquer city breaks, even going up The Shard which for me was a huge deal, I’ve done a tour of Buckingham palace (which doesn’t seem a big deal but you try going somewhere you shouldn’t and you’ll definitely be shot, not great when you have a panic disorder based around restriction and escaping situations). I’ve detailed below some comparisons:

York City Break
2015
When we did this in 2014 & 15 I couldn’t go anywhere. My Girlfriend had to drive us because I couldn’t drive on motorways, while there I couldn’t even get across a bridge because for 30 seconds it took me to cross it “anything could happen” so we stayed on the outskirts or just walked around until I plucked up the courage to leg it across the bridge. It was a huge waste of time and money and we were so restricted, and I felt so guilty that my girlfriend wasn’t enjoying it.

2016
A month or so ago we arranged to go to York for the Christmas Market. I drove us there, up the M1 and the A1 for over an hour, for the first time in several years. We went, parked up and checked into the stunning hotel (which at over £200 per night it should be! Silly me thought it was £200 for the weekend and apparently you can’t cancel!). We went around the town, I walked across the bridge that a couple of years previous I was running across panicking, we went into the absolutely packed town centre, called in a small bar inside a tent and sat down talking to strangers, we had dinner out in various places. We had such a lovely weekend that despite my rage at the ridiculous cost turned out to be one of the best we’ve had there and best of all – no anxiety what-so-ever. 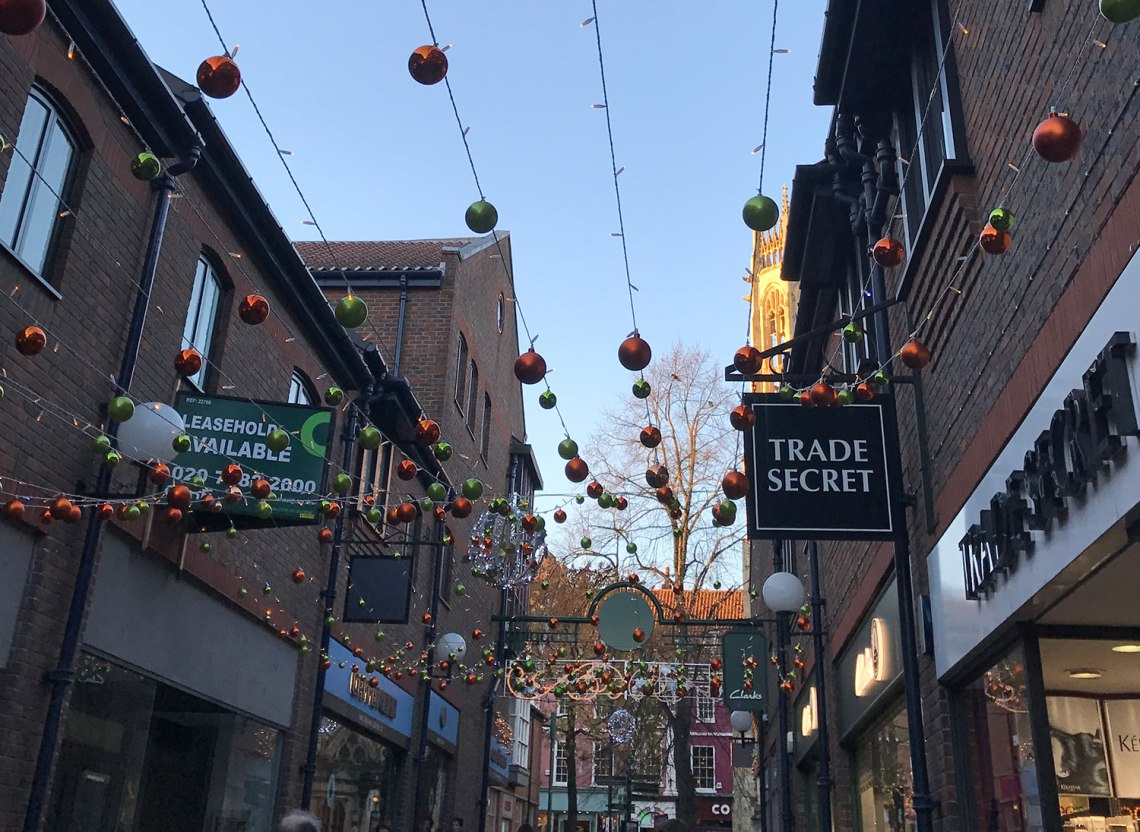 Work Meetings
These have always been tricky for me. When in a professional environment, I find the pressure of having to ‘perform’ quite intense which always sparks my anxiety. I always go when possible, if not to just make sure I’m involved, but sometimes it’s very difficult and I opt out. The biggest challenge for me was a tour of Heathrow as part of a project. I was TERRIFIED. Now in 2015, this wouldn’t have been possible, but as you read through the post, something inside me told me I was going to do it, and I did. This was such a massive achievement for me, and became a tool for something later down the line. You can read about it here.

Birthday events
Having turned 30 this year, I decided that in order to get through it without some kind of breakdown or mid-life crisis, I’d have to go out of my 20s in style:

Center Parcs
First, we booked a huge cabin in Center Parcs for the whole family, complete with games room and sauna where I would see my birthday in with everyone around me. It was such a good weekend, everyone enjoyed it and we had lots of fun. Usually, this kind of event would cause me a lot of issues i.e. walking around the park, swimming and going down the rapids, dinners out etc, all mounting up to what would usually be an anxiety field day. Not this time. I enjoyed it! I took everything in my stride, focusing on each challenge and making sure it didn’t control my holiday. I went swimming, and once comfortable, pushed my boundaries to go down slides and rapids. This used to be something I would LOVE, but obviously anxiety likes to remind me that ANYTHING COULD HAPPEN! when flying down the rapids for all of 1 minute. The whole weekend was a success, and I had a blast.

Croatia
This was a biggie for me. I haven’t been abroad for almost 4 years for fear of airports, security checks, flying etc. so booking a holiday was such a big challenge for me. The only thing going for me was my extra-supportive girlfriend who actually said “if you don’t want to go we don’t have to. If you get to the airport and it’s too hard, we don’t have to go”, pairing this with determination to have a good time, we were soon on our way to the airport. For days I’d been plucking up the courage, running through multiple scenarios in my head and coming up with possible escape routes (which there aren’t many on a Boeing 737 let me tell you). All in all, we made it. We got on the plane, we got to Croatia, and I had the best holiday I’ve ever had. Read about it here. 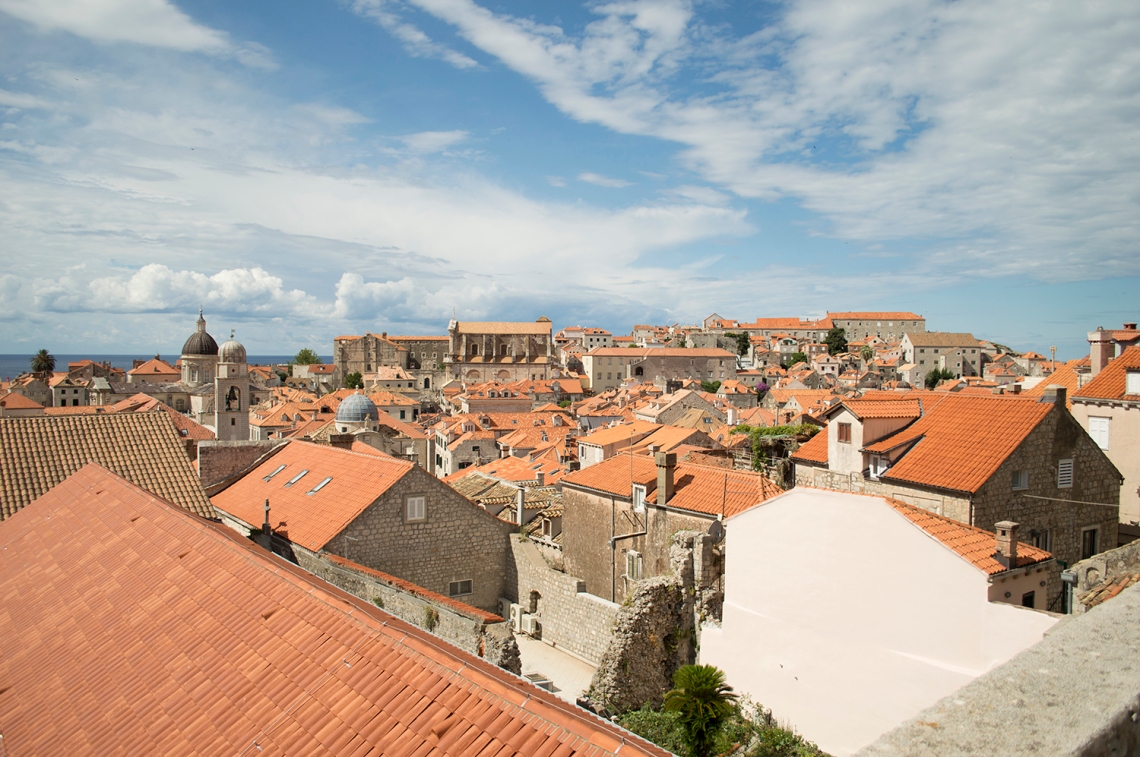 London
For my birthday, my Girlfriend whisked me off to London on the train, booked us in for a show, a visit to the top of the Shard with a meal in Hutong (on the 33rd floor) and a tour of Buckingham palace. Although I was excited, there were a lot of anxiety flags with the whole thing. In 2015, this wouldn’t have been possible – I simply couldn’t have done half of these things yet here I was, standing at the top of the Shard looking out at the whole of London feeling such a huge sense of achievement. I never did do a post about this, so will post something at a later date should anyone need the information. a huge thanks to a lot of people though, for their support throughout this whole weekend – I reached out on twitter and was overwhelmed at how many people wanted to help with these challenges and celebrate when accomplishing them. 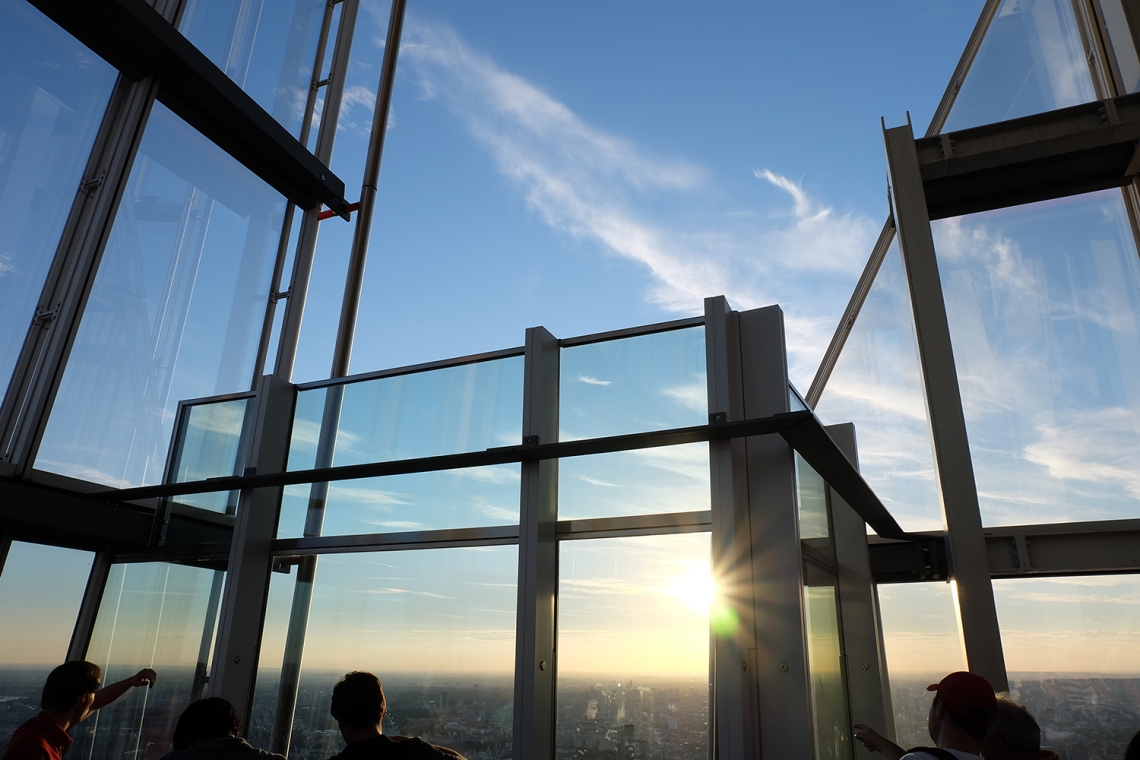 New Car
This seems like a silly one, but this is something that bothered me for over 3 years. I’d wanted a new car for a while, but the concept of going into a dealer, sitting there for an hour talking figures, having meetings, and the pressure of salesmen seemed all too much for me, so I just simply didn’t get one. This year, I decided it was time to try, so contacted a dealer and made the first steps to purchasing my very first brand new car. I was so stressed at what it would entail, did a tonne of research and attemtped to make things easy for me, but in the end I thought ‘you know what, I’m going to do this’. And I did. I sailed through all of the awkward conversations, and upon collecting my car I felt so proud – not just of the car but of the fact I’d managed to conquer this challenge after 3 long years. When people compliment my new car, I can’t help but think ‘you don’t know the half of it’.

Opening up
As quite a secretive person when it comes to my anxiety, opening up to my girlfriend’s family was a big thing for me to do. I hadn’t done it previously because I’m always concerned about how people react. My uncle’s response was “get a grip” and since then I’ve had my guard up, only now I’m much more defensive. I know what I’ve been through, so try telling me it’s ridiculous and I’ll shut you down, fast. This was a concern as I didn’t want to create any tension between myself and my girlfriend’s family, yet I wouldn’t just sit there and accept ignorance. The aim was to make life easier for me when it came to Christmas, and although I was determined to do it, I wasn’t quite sure of their response. Surprisingly, they were incredible, and have offered nothing but love and support. I wrote about this here.

Day-to-day
This is more general, but it feels like 2016 has given me my life back. I can’t do a lot of things. I still haven’t had my hair cut in over 3 years, I still avoid certain meetings, I had a panic attack recently which has set me back in a certain area. I guess recovery depends on what you value most. Do I need to go to a hairdressers?  Not really, I can cope without. Does it matter if I don’t do presentations? Nope, I’m happy to never do one. What matters is spending time with my family, going out for meals and not worrying, going food shopping without getting to the meat aisle and having a breakdown, exploring the world completely unlimited (I haven’t nailed this yet but I know I will).

Whatever 2017 has in store for you, stay safe, stay strong and just keep going. You didn’t come this far, to only come this far.